Roger Johnnie was born in Nanaimo, British Columbia in 1984.

When Roger was a young boy he enjoyed watching his uncle, renowned artist Francis Horne, carve. Later, in his teens, he took even greater interest in the artforms of his ancestors. He began to carve under the watchful eye of Jackson Robinson, an established artist. Later, Roger studied with Gino Seward to hone his skills.

Roger primarily carves plaques but has expanded his skills and now also carves masks and sculpture. 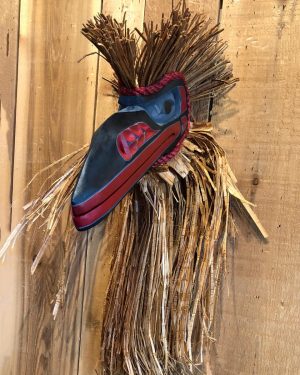