Jim Charlie was born in North Vancouver, British Columbia in 1967. He’s part of the Coast Salish Nation and has taken the Thunderbird from his grandfather and the grizzly Bear from his grandmother as his family crests.

Jim reveals that he has always been interested in art while growing up in an artistic family environment. He cites fellow Salish carvers, Floyd Joseph and Jacob B. Lewis as his inspiration and follows in the traditional native style of design.

He is well on his way to becoming one of the master wood carvers of Northwest Coast Native art. Every piece of his work is considered a coveted collector’s item. 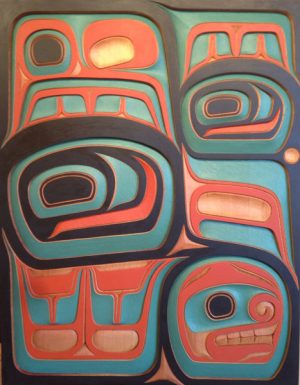