David Oldfield was born on June 22, 1969 in Prince Rupert, British Columbia. He is a member of the Gitwilgyots Tribe of the Tsimshian Nation.

David is a basket maker and cedar bark weaver who began working in these mediums in the late 1980’s. He learned this craft from his brother William White and his sister Marie Oldfield and has been inspired by other weavers from British Columbia and Alaska. 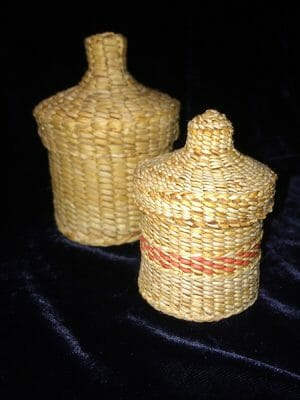