Barry was born at Kitamaat Village, British Columbia in 1952. He is Haisla from the Henaaksiala branch. At the age of five he began carving under the tutorage of his grandfather, Gordon Robertson, a Chief and carver, and his uncle, Henry Robertson.

After graduating from school he followed in his uncle’s footsteps by teaching and working as an artist. His brothers, Derek and Gary, are also well known artists.

Although Barry concentrates on the art of Jewellery making he also carves horn, bone, ivory, antler and wood. He has also mastered the techniques of painting, screen printing, drum crafting and the making of bentwood boxes. 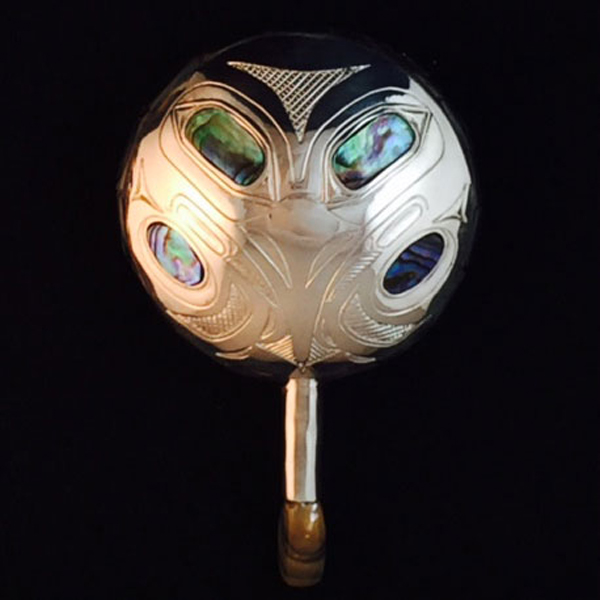