Abe Simionie was born in 1977 in Cape Dorset, Nunavut. Abe’s father is Simigak Simionie, who was a carving packer at the Inuit Co-op for thirty years.

His uncles, Kanaginak Pootoogook and Ninogiok Pudlat, were his greatest influences, but it wasn’t until Abe began to carve with Moe Pootoogook, that he knew he would follow in his uncle`s footsteps. Abe’s favourite subject soon became bears.

Outside carving beautiful walking and dancing bears, Abe loves hunting, fishing and being on the land. 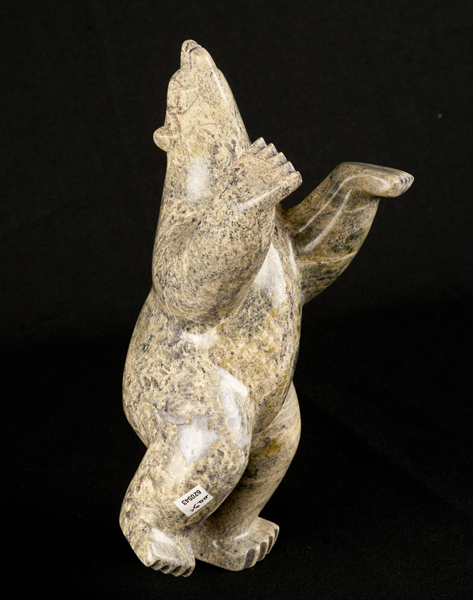